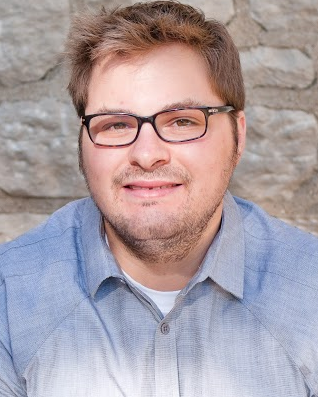 All of my life I’ve followed a path of constant inquiry — a path that has lead me through the process of understanding and feeding a sense of curiosity and wonder for what makes the world work. It’s that path that has lead me to the scientific community and will continue to guide my future route of discovery.

In 2009, I completed my bachelor’s in biochemistry with honors in chemistry at Knox College in Galesburg, Illinois. While at Knox, my work focused on developing a fluorescence anisotropy based methodology as a way to better understand in-vitro protein folding dynamics.

As graduate student at the University of Missouri in Columbia, Missouri, I have focused on creating a new boron-dipyrromethene (BODIPY) based dual modality imaging agent for monitoring peptide movement in-vivo. A BODIPY based scaffold holds a great deal of promise as a new dual modality imaging agent because of its excellent fluorescence and biological properties. Furthermore, the existing BF2 motif provides a site for potential radiofluorination.

Outside of chemistry, I am an avid skier and outdoor enthusiast and am a lifelong piano and trombone player.

Throughout my research career, I have worked on a wide variety of different projects. Initially, an up bringing in a agricultural community lead me to pursue an internship at Monsanto Corporation. During those two summer internships, 2005 and 2006, I worked with a team of crop physiologists whose goal was to better understand the effects of gene mutations on several different physiological traits.

Later while at Knox College, I transferred my background in biology into developing fluorescence anisotropy based tools to monitor protein folding dynamics. Meanwhile, I was also working under the direction of Tim Glass to develop novel fluorescence sensors for small molecules.

After beginning my Ph.D. in the Glass Group, I began working on a project based on creating novel dual modality (PET/Fluorescence) BODIPY peptide constructs.

Below is a current list of publications, updated March 2014.